← back to
Cold Busted 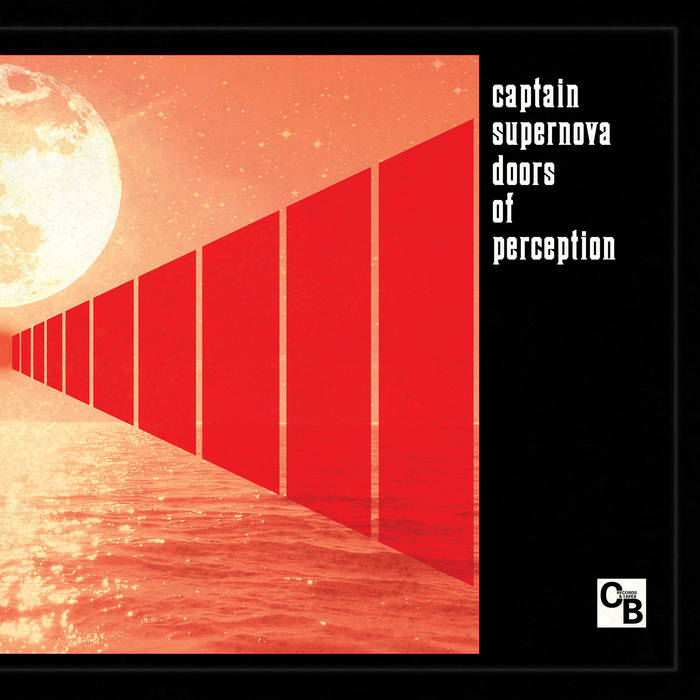 UNSTABLE (MUSIC) Cosmic sounds from outer space with a hint of elegance. Incredible work by Captain Supernova and everyone else included in this album. You can tell they worked hard on it. Favorite track: Searching For Forever Feat. Natasha Agrama.

Captain Supernova has re-entered the atmosphere from out of nowhere with a fantastic new album, titled Doors Of Perception. An ‘American astronaut’ sent to interact with extraterrestrials using synthesizers, but also a multi-instrumentalist with high profile appearances at San Jose Jazz Festival, Rendezvous LA, and Loftsess under his belt, Captain Supernova has developed a unique and confident sound that draws upon equal portions of jazz, hip hop, funk, and synthy trip hop to complete his vision. After the acclaim and success of his self-released debut Visions of the Unknown – which made its way on many ‘best of 2014’ lists – Captain Supernova has adjusted his flight plan to orbit the Cold Busted label. Doors Of Perception builds on his stunning musicality and deft stylistic fusions to reveal seven tracks of smooth and uncompromisingly funky jazz-influenced music.

The secret weapons in the Captain’s arsenal are an amazing crew of guest vocalists. Jackie Gage, who was heard on Visions of the Unknown, contributes her soulful tones to “Only One”, with the lovely music providing an ample showcase for the Bay Area singer. “Without Gravity” is a smooth, jazzy wonder that dreamily incorporates the voice of Notown Sound’s Angela Muhwezi … the result is a fine sonic approximation of ‘floating.’ Globally active Los Angeles-based vocalist Laura Mace waxes wistfully with “Leaving The Past Behind”, capturing a feeling of psychedelic balladry when mixed with Captain Supernova’s flowing music-field. Also from Los Angeles, Natasha Agrama collaborates on two very different songs: the late night waltz “Searching Forever” and the pensive but upbeat groover “Free Fall (Of Your Soul)”. Despite the variety of vocal contributors, Doors Of Perception has a cohesive story-telling sequence glued together by Captain Supernova’s smart and melodic arrangements.

So, have a seat in the smoking lounge of Captain Supernova’s star cruiser, grab a glass of galactic libation, and have a deep listen to Doors Of Perception. You will be blissfully floating in no time at all.

How Could I
Synthesizers, Rhodes, Bass by Captain Supernova


Rory Hoy (Howlin' Records / Super Hi-Fi / BigBeatTastic Radio Show): Thank you so much for sending this amazing release - Love it!!!!!!!!!

Jay Scarlett (Sounds Supreme Radio Show - bi-weekly on BR Puls Radio / Beatdimensions): A spectrum of sound & vocalised beauties but definitely this Kraut likes there instrumental 'Doors Into Doors' the most! Playing Berlin this weekend so this makes for a good start to the week.

DJ Nova (Rodon FM 95 / Nova Planet Radio Show): After his catchy teaser ‘’Leaving the Past Behind’’ Captain Supernova is back on his trip hop like sound rotation on Planet Earth. The live sense of his production is still here but it is a little bit less synth-laden, propably his spaceship crushed on the ground. The sound has a real soul touch, even jazz vibe and the composition have a real unique sound, a step forward from his debut self-released album… This will a Cold Busted DELIGHT. Waiting now Lost Midas and Inskwel from the corner for his remixes…

Ohmega Watts (Ubiquity Records / Mellow Orange Collective): What's in a name? The ability to embody it and if a Supernova had a sound scape, Door of Perception would be it! Was hard to pick a favorite track, but a completely SOLID release!

DJ Moneyshot (Solid Steel Radio / Jalapeno Records): Cool soul with that modern twist. Deffo makes me prick up my ears and open my eyes. On rotation...

Gayle Moore (MadameFLY) (mmRadio / Beatmixing.com / BeatConcious.org): Doors nice opener Only One - emotion with a raw edge How Could I - hangin out in the upper registers, sturdy beat W/O Gravity - THis is a beauty Searching - Club-wise vocal exploration Leaving - Just the tiniest taste of Lana in this one, very nice Free Fall - free vocal structure

Marc Lacasse (sHIFT Radio on UMFM 101.5 / Urbnet (Jackhouse Reviewer)): some heavenly vocals in here. the sultry jazzy elements lock you in for alot of the songs

Soft Rocks (Soft Rocks / Woodenhorse Provocateur): Nice Vibes on 'How Could I'

DJ Junior (Eavesdrop Radio WKDU 91.7FM (Philadelphia)): Not what i was expecting at all. Well done.

DJ Morpheus (Lysergic Factory radio show / Radio Campus 92.1 FM): i like doors into doors, without gravity, and leaving the past behind best in here, good songs!

Alan Powell (The Midnight Mix on Solar Radio - every Friday on SKY Channel 0129): Nice solid album from the Captain..... Plenty of nice tunes to chose from incl. How Could I, Leaving, and my fave Free Fall.... All the best with the release, will be supporting 4sure :)

Alan O' Malley (Multi Storey Soul on RTE Pulse): Sublime album from Captain Supernova, loving "Searching For Forever" and "Free Fall" the most, looking forward to sharing these on my show!!

Sven Jacobsen (ZYX Music / Antenne Koblenz- weekly DJ Show): Awesome work, not what i play but great to listen to

Ben Mono (Undertones Gang / Plant Music / Compost): really digging this release and will play it in my next radioshow.

DJ Love (Stellar Music / Red Light Lounge / TTTRadio.net / KutThroat DJs): Having to pick one favorite from this album is a form a punishment. This whole project is a work of art with gem after gem. Amazing work. Can't like it enough.

Adrian Lugo (RPM DIrector) (WEFT 90.1 FM (Champaign, IL)): Very musical with a nuanced sense of funk and groove. A bit heavy on the vocals for me but it's still good.

misterG (Green Arrow Radio Show (weekly on 91.7fm WSUM, Madison WI)): From above the ground the sounds of the spaces between come to life in this release..

Niksa Dragolin (Eurostar Radio 101.7 FM): this a a nice surprise...very well dome and produced. and a very nice cover inspired by cti record sleeves i would say

Dimitris Tentinis (mister T.) (Cold Busted): Music from another planet!Thanks for taking this to Earth!

DJ Osric (Black and Blue Show (RTR 92.1 FM - weekly) / Liquorice.tv): Excellent album. Hard to pick a favourite as the laid back lounge feel of this album is the perfect soundscape for the sun drenched beauty of Perth, Australia.

DJ T-Bird (Los Chicos Altos / Something Else! on Barcelona City FM / WTNR Radio): Nice stuff. Expanding the sound of the label a bit and it's a good fit!

Sneak-E Pete (Blunted Funk / Disco Knights): Hope there will be some dj friendly remixes of "Only One"?

Alinep (Asia Music | Circle Music Germany | Time in Manila and more): WOW! what an album this is! full of soul!

Wazac Martin (The Waz Experience / FM4): Love the melancholic feeling of the track !!!

Bandcamp Daily  your guide to the world of Bandcamp